This model is intended to show the powers and the perils of the Warp at the same time.
I wanted to represent on a model the potential capability to wipe out an army and to call a lightning storm and at the same time the instability of such powers.

In case of perils of the Warp, will the aimed shot of a Commissar "close" in time the Psyker mind before a gate to the dominion of daemons is open? 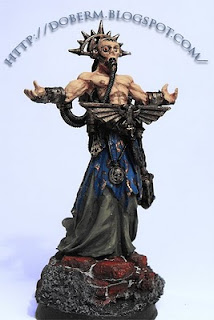 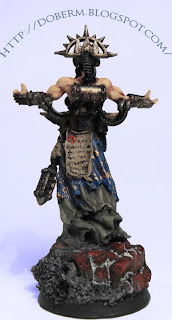