I decided to expand the retinue of my Generalleutnant Von Dobermann.
The first adjutant is a scribe whose role is to resume and list all the orders given by the officer and the military maneuvers taken.
The poor man body has been heavily modified to accomplish at best his role. I enjoy the enormous (and useless) amount of notes he's forced to write down.
The second servant is a cherubim to whom has been given the honour to hold the Adeptus Terra scroll with the direct orders to the Vanheim Army Corp.
These two models are also used as "count as" psykers in my Psyker Battle Squad. 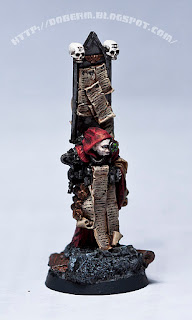 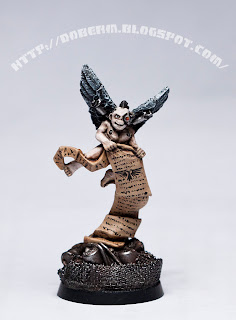 I also painted an Ultramarine Sergeant of the 4th Company for a young friend of mine. 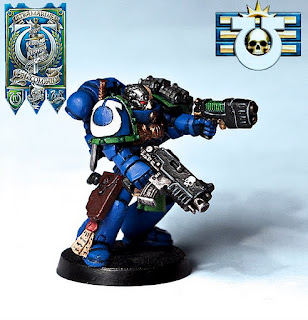