We played the same scenario, but changing roles. I played defenders and I fielded Space Marines.
I decided to follow a tactic I was used to play with Call of Duty 5 : Zombie mod.
In those games all the human players ran, in the first minute, on the top of the highest and easiest to defend building. Trying to hold on the zombie players as long as possible.
I did the same with my space marines. I fielded them inside the Cathedral and wait for the zombies to com and get stuck wile climbing it.
My plan was to hold on the horde on the stairs of the firs floor while waiting the Thunderhawk extraction.
The plan worked and thank to the sacrifice of the 10 men tactical squad, I was able to save the Bibliothecary, the Command squad and the scouts.
Those men will be remembered. 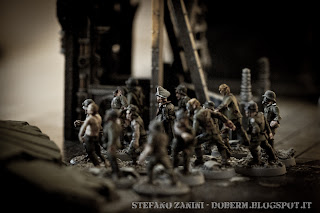 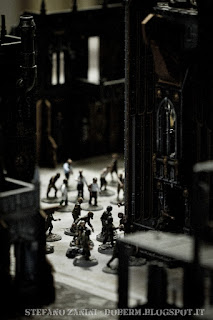 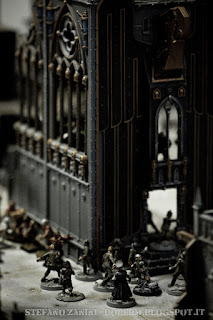 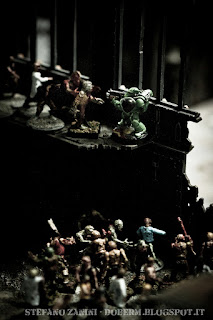