Here it is my next unit for the Vanheim artillery company.
It is a multiple rocket launcher battery.

The rules are the same of the FW Death Korps of Krieg Quad Guns. 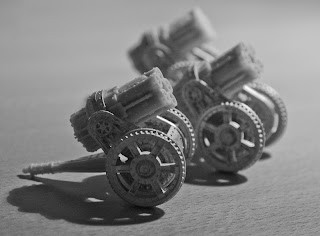 The models are from Dystopian Legions Type-17 Launcher.

The crew will be modified to better blend with my Imperial Guard regiment, and it will be also expanded with Krieg artillerymen.

Feel the rightful fury of the Emperor!