After many thoughts and many months, I found a way to represent a unit of SM scout snipers in my army.
I was never found of the concept of Iron Hands scout. The IH chapter is not the one to field such a unit in my opinion.
But I wanted a way to field such a cheap unit, especially in small games (i.e. 1000 pts).

The idea came with the recent release of the FW thralls.
I would use Mechanicum servitors as scout!
There is a strong bound between my chapter and the Adeptus Mechanicus, so the priests of Mars will be more than happy to contribute with few thralls and Skitarii. 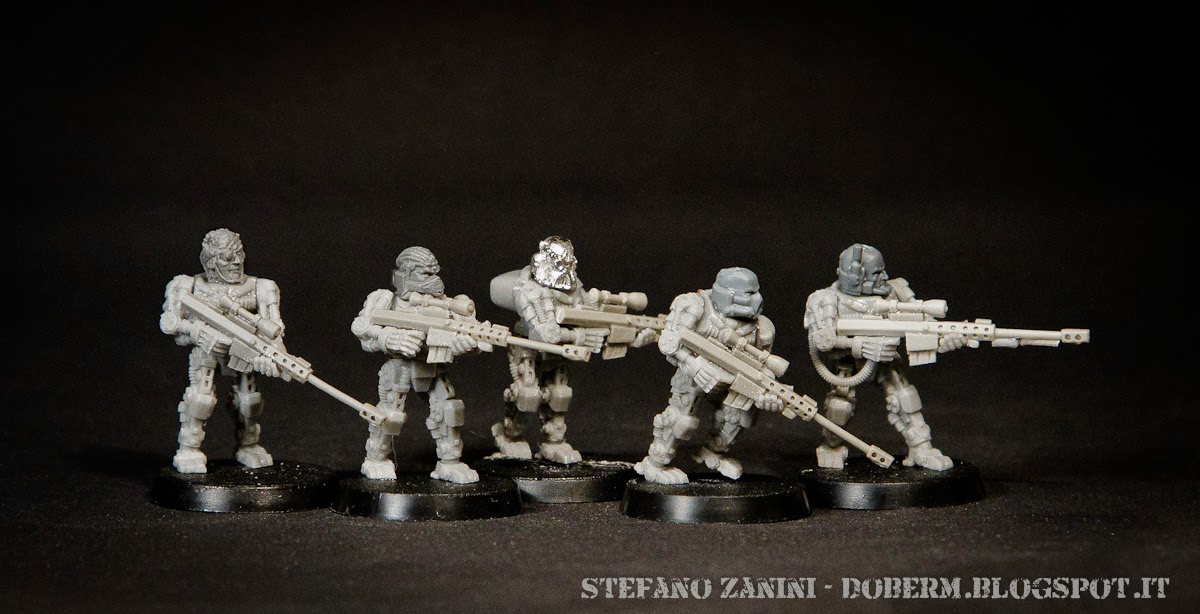