I am going on with the revival of Warhammer miniatures.
Once again we used the great Kings of War rule set to play.
We played 1000 pts each.
The Empire deployed closing itself on the right corner (the player is also a Dwarves player). 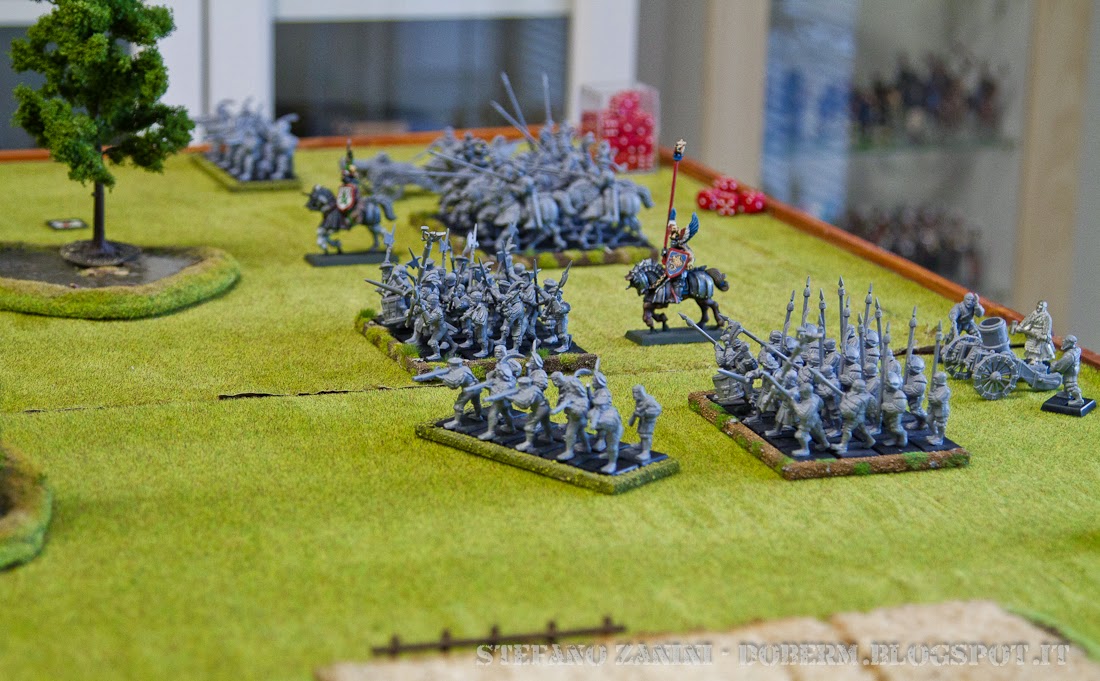 Bretonnia deploys infantry, war machine adn Grail Knights in the centre, and a big block of knights of the Realm on both sides. 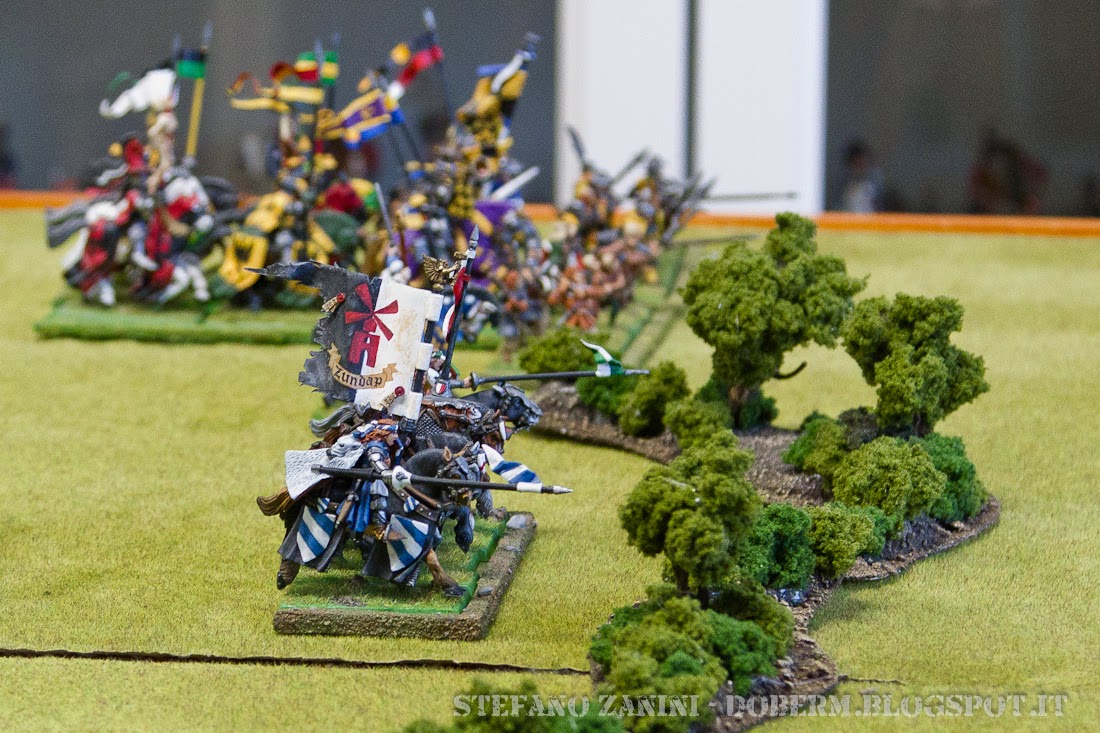 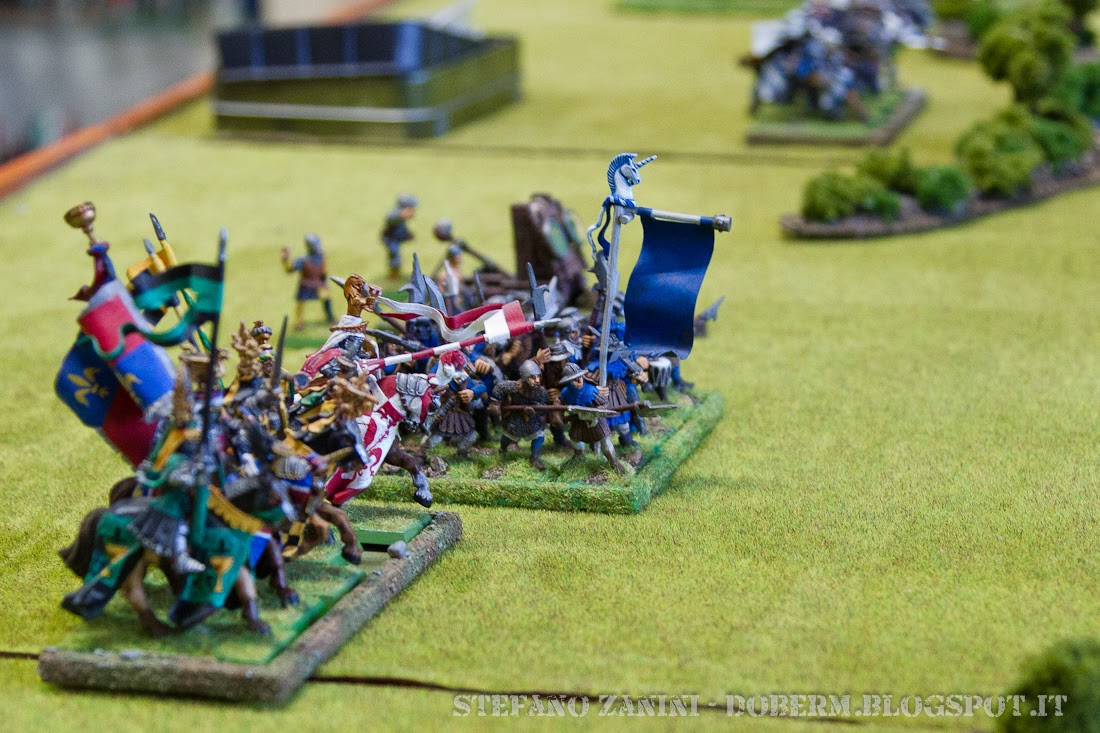 The left side is also covered by a screen of peasant militia. 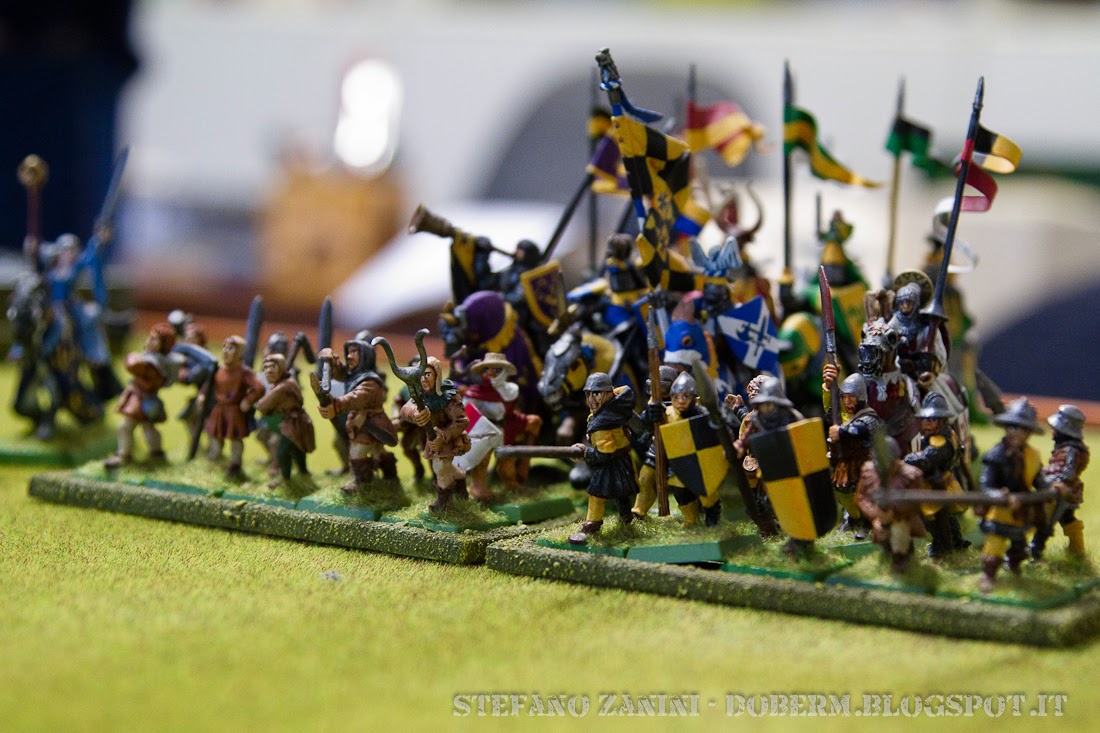 During the game the left Bretonnian side tries to provoke a reaction of the imperial knights, but unsuccessfully. The militia will charge the harquebusiersbut will be repelled. 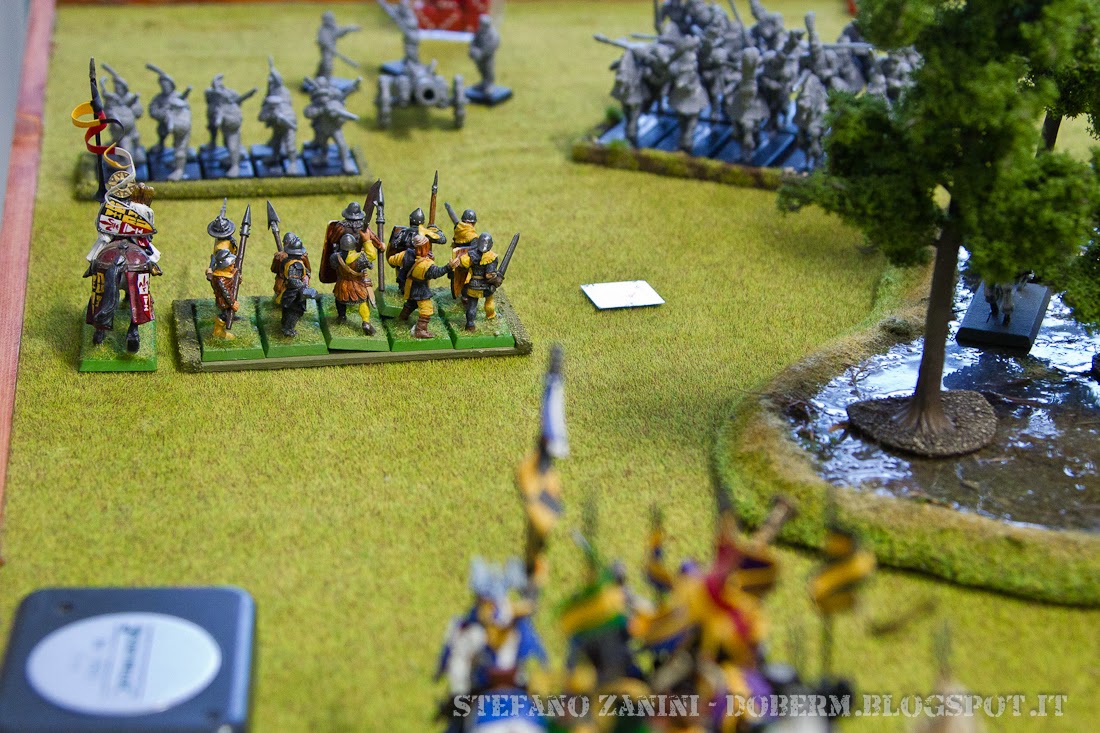 The centre wait a couple of turns (for the right flank to close) and then prepare a charge against the halberdiers. But with the help of the Empire Count the imperial infantry will repel the Knights Errant. 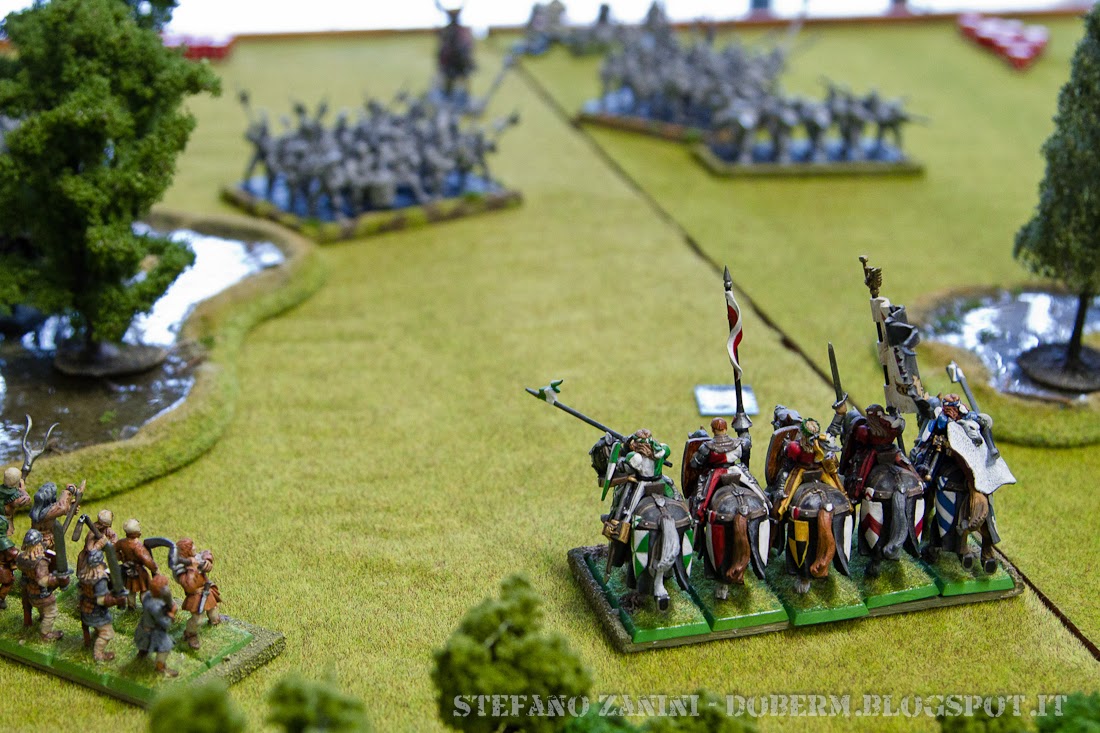 The centre and right of the Bret formation march forward. Trying to close the imperial troops. A lucky shots of the imperial harquebusiers will defeat the Grail knights. 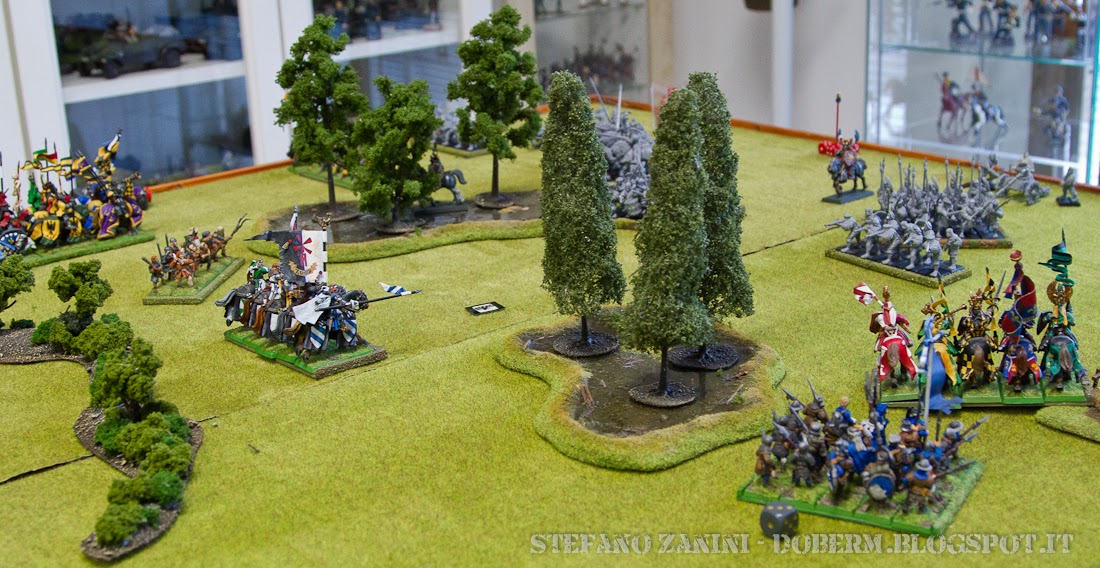 The right flank (no pictures, sorry) finally arrives but the charge of the knights is halted by a block of imperial spearmen. Once again the better discipline of the Imperial troops wins over the undisciplined Bretonnian nobility.

The last turn, trying to contest that quarter of the table, the left Bretonnian block of knights charges. The well disciplined Imperial knights hold the ground. 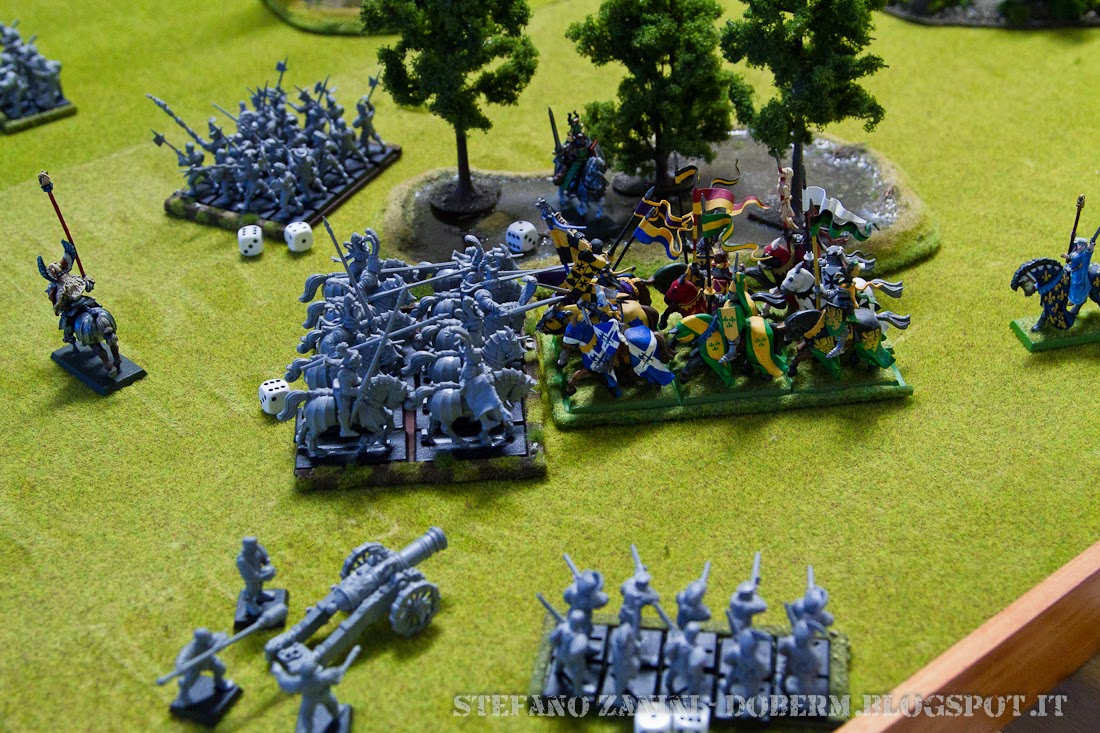 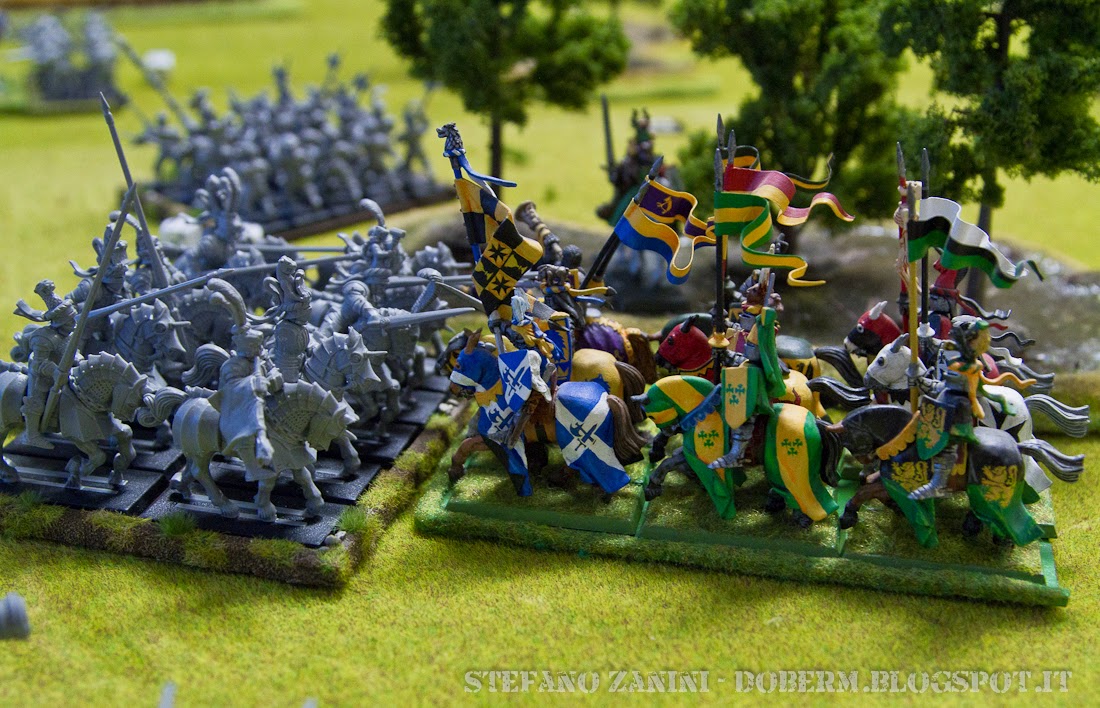 The game was a draw. The Empire could not obtain any of the table quarter, while the Brets had one. One more was needed to seize the victory.
Most important the Empire had resisted almost every close combat thanks to the inspiring presence of the Count and the army standard. While the Brets ran away in every occasion. It was a mistake not having boosts for discipline as a battle standard bearer.