Since the first Army Book of Dogs of War there was the option to field a unit of the Paymaster's bodyguard. It was a unit equipped with heavy armour and halbard. Therefore is many years I am collecting models to field such unit.
It was a forgotten project till few months ago, when I discovered the Kings of War rules set.
The Kingdoms of Men list has an élite unit like the Greatswords of Warhammer Empire that fits perfectly with the models I was collecting in these long years.
With a bit of conversion I finished the unit. Now the models are ready to be painted.
The models are a mix match form so many different companies: 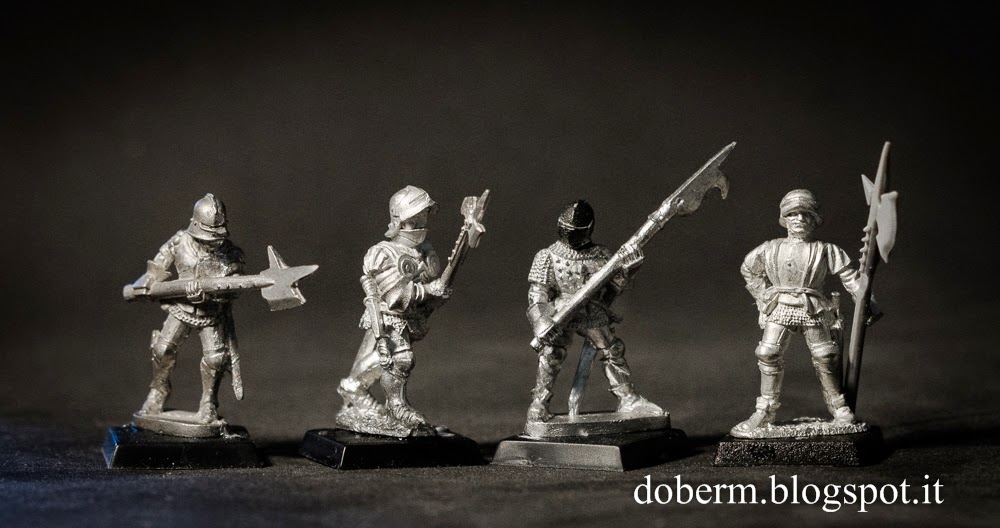 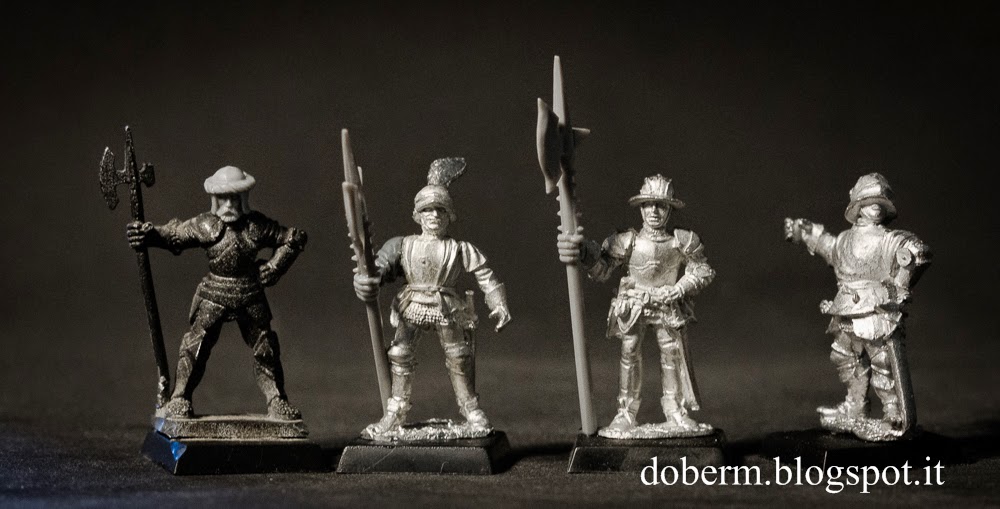 I need a way to use in KoW my duellists (a unit I modelled for the WH 6th ed Dogs of War army), and during my conversion time I got the idea:
I will use them as Shield Wall. Then I needed to add few front rank models equipped with shields. Here you have some converted Hero Quest models and Empire plastic (some OOP) converted with GW and Perry's Miniatures bits. 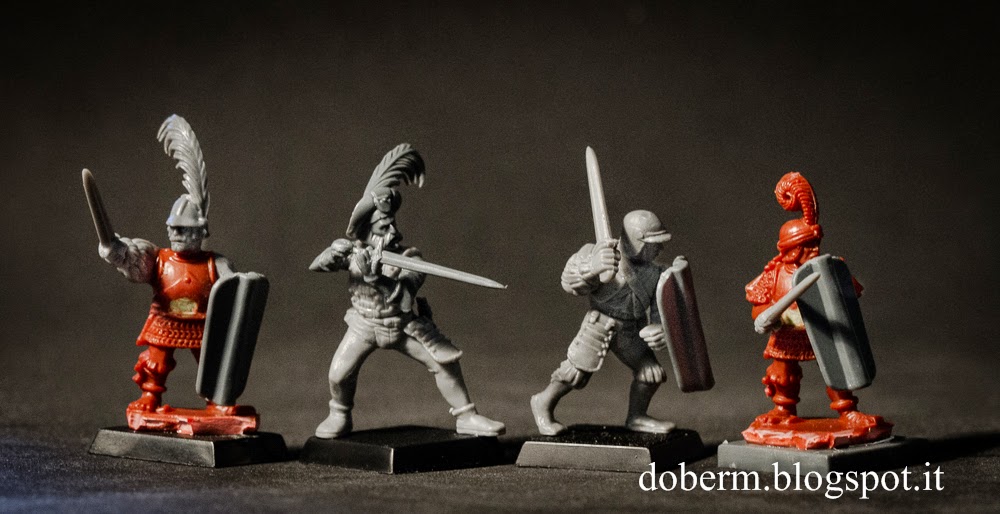