It was since I saw the news Age of Sigmar chaos marauders (or blood-whatever they are called now) I wanted to have them. They are big as the old Chaos warriors and they are naked enough to represent Slaanesh followers.
It is the start of a project that will see light at the end of next year: the creation of a Slaanesh Chaos Warriors army.
It is an especially interesting project now, as GW has decided to both give up WHFB and Slaanesh as a Chaos diety.
Of course, desecrating Khorne followers and turning them into warriors of the Dark Prince give extra spice to the project!

Here you have the fist two conversion.
They are the AoS marauders (they ar called bloodreavers), with the Khorne symbols removed, a Chaos Knights shield added, the helms and one weapon changed. 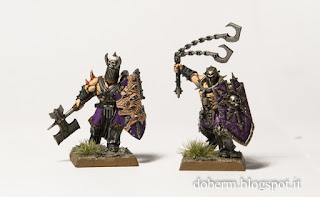 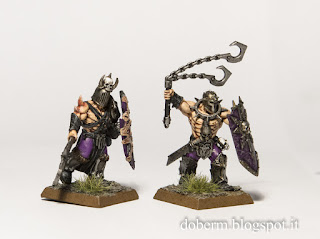 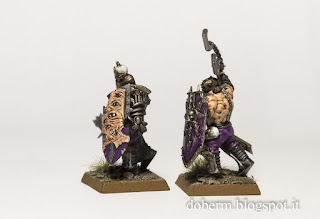