Since I saw an intro game a couple of years ago, I was curious (and tempted) by the game SAGA.
I am not a fan of English history, but the game allows to play many factions which also lived in other areas of Europe; one above all, the Normans.

It is not well known in our America-English centered culture, but the Normans, after the area today known as Normandy, conquered at the same time not only England, but also South Italy. In South Italy the fought against South Lombards, Byzantines, and Arabs. In their typical way, they joined brutal violence, great fighting skills, feudal-clan-warrior hierarchy, together with a great tolerance of the inhabitants traditions and cults by joining together in marriage with the people of the conquered land. 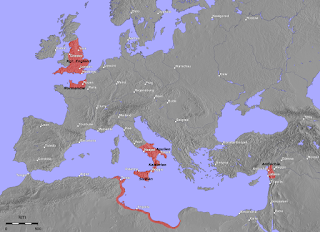 I decided to collect a Italo-Norman army for Saga. It would fit well in the XI Century against other late Dark Age Saga warbands and it would also be perfect to be used as Crusaders in the Crescent and Cross Saga setting.

I started collecting both Conquest Games Norman Knights and Infantry. With these two boxes I am able to field all my warband. Nonetheless I will add some metal models to add variety to the Warband. 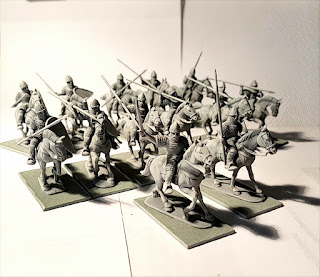 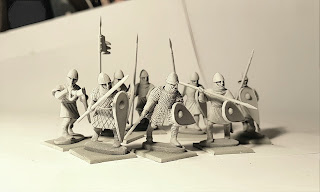 The painting is relaively easy. The models have a fair amount of details, but nothing too elaborated. The only demanding part is the shield. But after years of Bretonnian heraldry, few geometrical details do not scare me :-)
The test model is done: 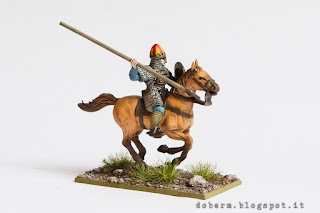 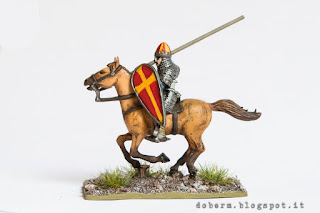