It was since a long time that I wanted to play a WH 40K skirmish.

The release of the game Shadow War Armageddon by GW was a surprise.
At the beginning I was not really convinced: I never played Necromunda and it sounded strange to me that factions like Grey Knights and Arlequins were in.
Two weeks ago I tried it and I have to admit that it was a pleasant surprise.
The game is fast, not too complex and very tactical.
The campaign system is a bit too simple, so I think I will not be playing the same Kill Team more than 5 or 6 times.
Being a fight inside a hive, I started with my beloved Cityfight Veterans.
It was the occasion to paint the Veteran Sergeant with bolter, a model I always loved, but had never the occasion to play.
Until now! 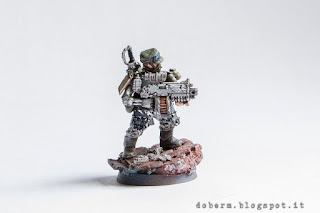 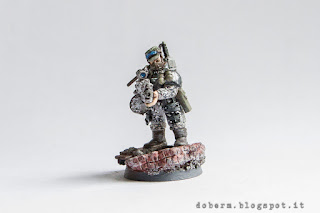 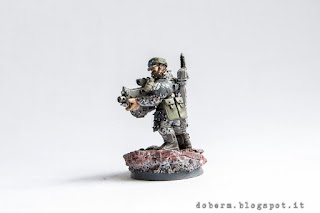