Today I review a small miniatures company: Strategia Nova.
I ordered some products from their "Italians WW2" range and I wish to share with you my experience.

First a bit of history:

In July 1943, after the Allies invaded Sicily, the Fascist Government, with the support of King Vittorio  Emanuele III, overthrew and arrested Mussolini.  The new government began secret peace negotiations with the Allied powers. When the Armistice was announced on 8th September, Germany was prepared and quickly intervened. Germany seized control of the northern half of Italy, freed Mussolini who created the Italian Social Republic. 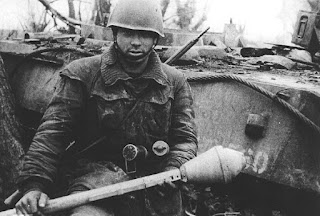 On 16 October, the Rastenburg Protocol was signed with Nazi Germany, in which the RSI was allowed to raise division-sized military formations. Four divisions totaling 52,000 men were created. In July 1944, the first of these divisions completed training and was sent to the front. 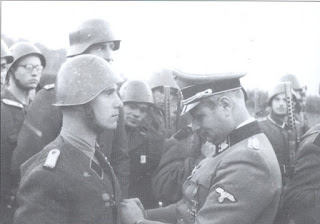 The only miniatures available to reproduce Italian troops after 1943 are the Italian paratroopes from Warlord Games. They are very nice models, although not representing the core of the RSI army, they can be used both for Africa and the Italian campaign. 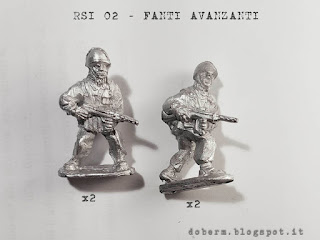 The sculpt is average, with static and dynamic poses. The proportions are ok even if sometimes the head looks too big or the hands too small. Some poses have a rather unnatural look, but the majority is plausible. 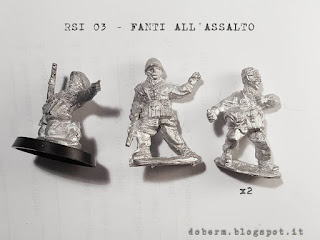 (sorry one model was converted by me before the photo shoot) 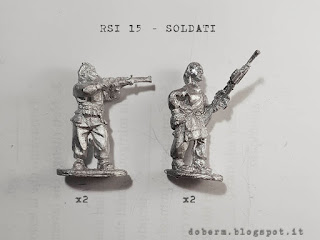 The mould is a little below the recommended. Some models have a very thin mould line, others have so much excess of metal that requires several minutes of patient work to be freed from it. 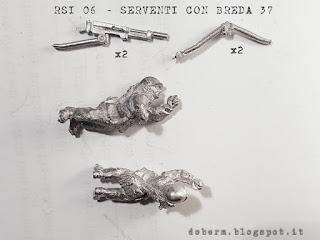 Pose variety is the average. Most blisters come with 4 miniatures and often the poses are presented in pairs. 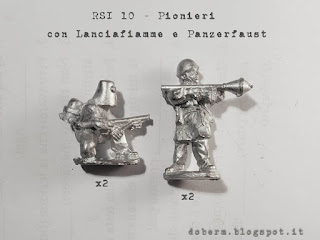 Historical accuracy is great. The uniforms are well depicted in most of their details and the different kinds of uniforms are represented in their range. The only issue could be the weapons: sometimes the mould is too rough or too simple to represent the weapons at the level of details we are used to. 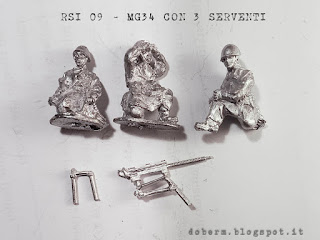 Price is very interesting. Each blister comes at a price of 5€ for an average of 4 models. 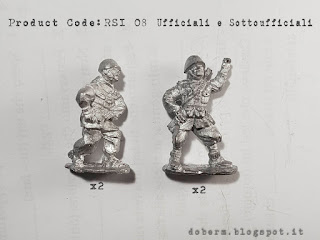 Overall the models present an interesting new offer in a very specific field of interest: Italian army after 1943. The miniatures are quite price worth if you have time to invest in them. They represent a nice add-on to the WW2 model range. 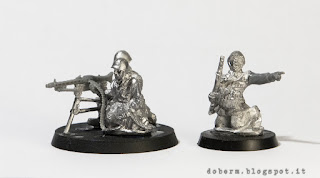