After many years of quite on the 40K front, I took my Iron Hands army off the shelves thanks to the great Grimdark Future from One Page Rules. It is a quick, fun, balanced, simple, but tactically deep game.

It is much better for me than the old 40K with all its unbalanced rules, slow mechanics and the continuous and expensive rule update from new editions and codexes.

During a game against Tau I noticed I had nothing against their giant battle suits. So I took off the bit boxes, I printed a couple of new bits and assembled four new Devastators with multimelta.

Like when I started ten years ago, the models are a mix of resin and plastic from many companies, assembled together in order to make every  Marine unique and wit a centuries old veteran status. 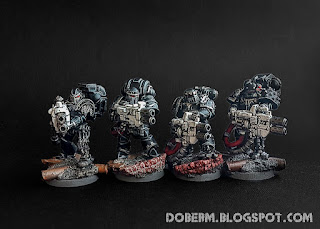 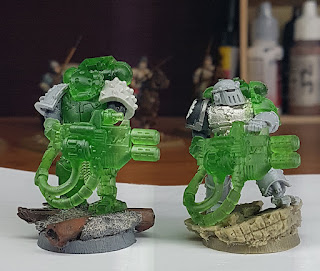